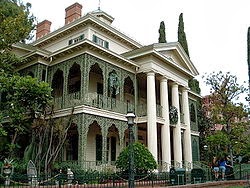 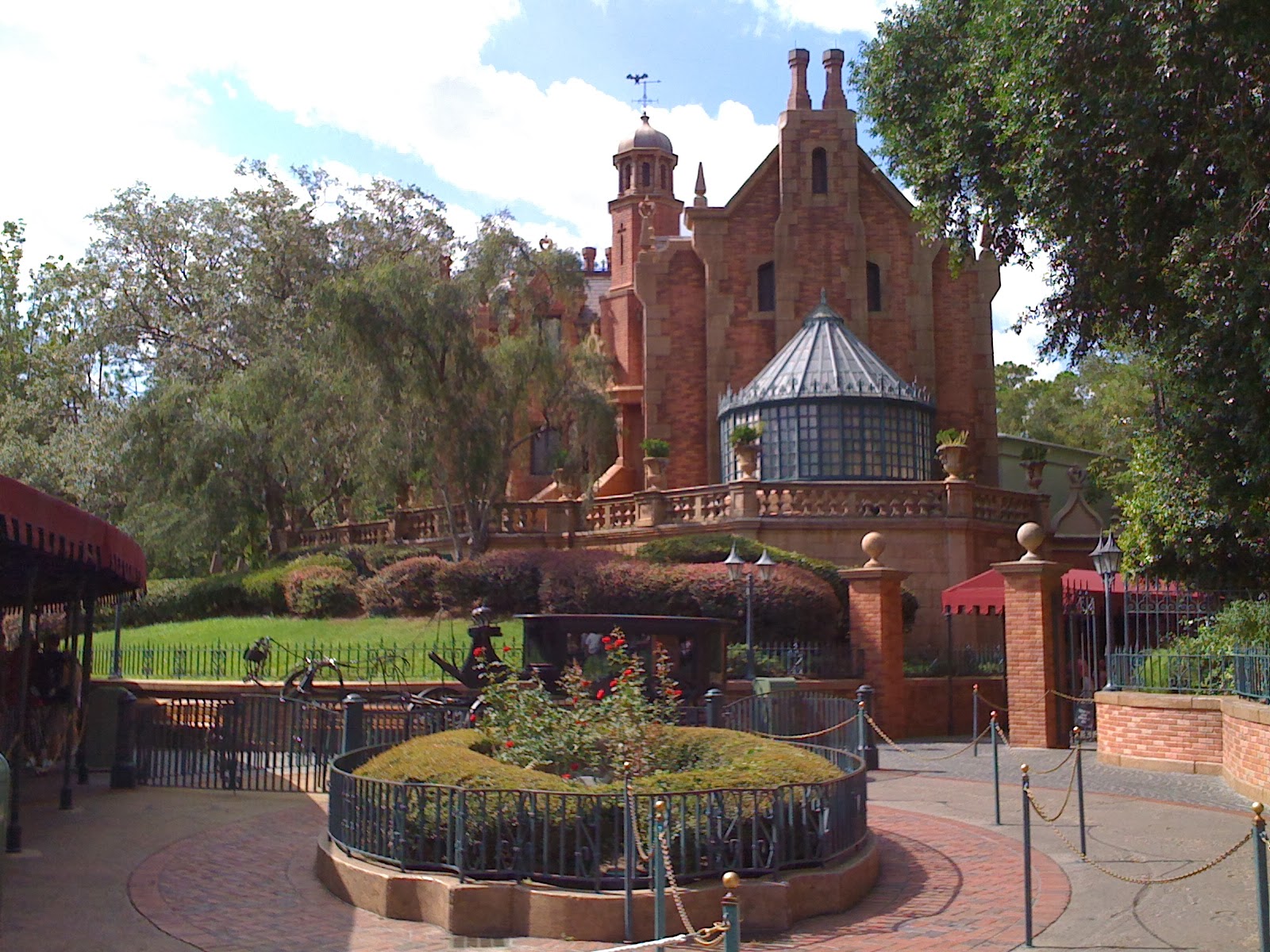 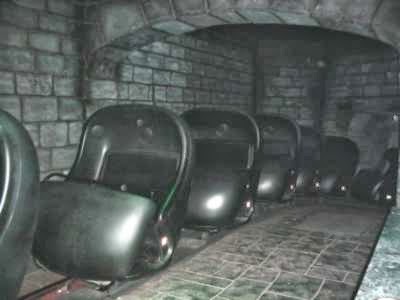 If you have never climbed in a Doombuggy, you are missing out, plain and simple.  I’ve even seen a website devoted to the Doombuggy, www.doombuggies.com! The Haunted Mansion is iconic and beloved, and has so many fun facts and interesting details that you could ride them over and over, daily for a year, and still spot new and fun things. 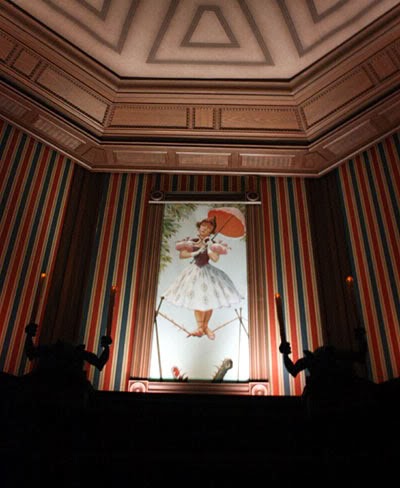 You start off in the Stretch room…my favorite character is the girl walking the tightrope.  Hint…if you’ve never experienced the attraction, when you hear thunder, look up!

I love the ballroom.  Ghosts intermittently appear and disappear…hanging on chandeliers, dancing, sitting at a nicely set dining room table where you might spot a Hidden Mickey. 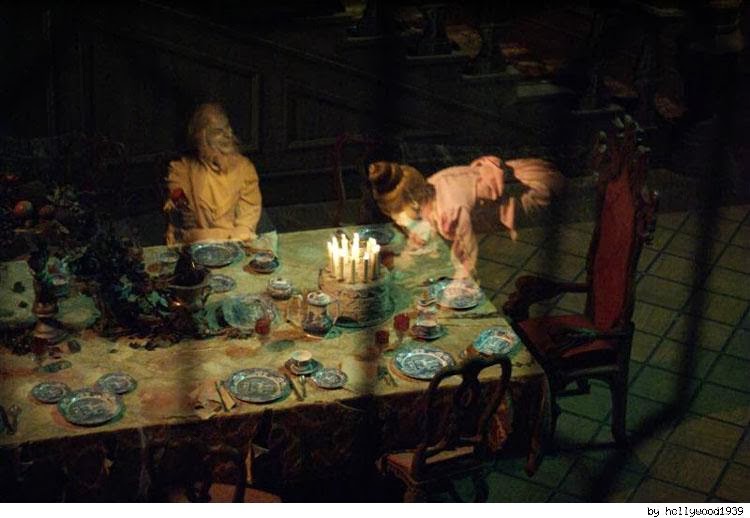 Then of course there is the graveyard, where popping ghost heads will make you jump and the singing heads will make you smile. The opera singer holding a head is cute.  I have been fortunate to ride the Haunted Mansion at Disney World with an imagineer speaking to me through a headpiece throughout the ride during a tour, and the details he pointed out during the ride were fascinating.  Did you know that the framed drawings of spooktacular creatures that line some of the hallways are actually drawings done by cast members before the last update, when they were trying to come up with some new creatures?  They had a brainstorm…why not put them up! 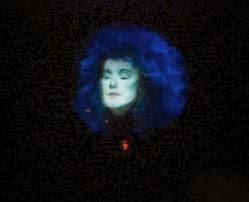 About  Madame Leota…what isn’t mesmerizing about a floating head in a crystal ball?  “Serpents and Spiders, tail of a rat…”  When Disney revamped the ride, they also revamped Leota…and used one of her actual descendents to make sure the bone structure was correct for the new globe.  Disney is nothing if not dedicated to getting the details correct! 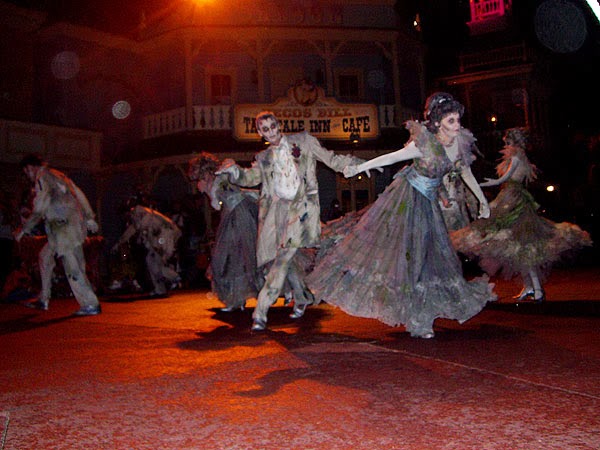 The ride music is catchy…in fact, my favorite part of the Boo To You Parade, which is a feature in the Not So Scary Halloween Party, is the Haunted Mansion section with the grave diggers, the real dog, and the deadly dancers.  Perhaps because Disney is NOT scary most of the time is one of the reasons why the Haunted Mansion is such a treat.

At the end, you get to see a ghost practically sitting in your lap…and then hear the extra creepy voice of the bride as you leave…”Hurry baaaaack…be sure to bring your death certificate”.

Unfortunately, several years ago they had to get politically correct (which is unlike Disney, a company that is steadfast in calling Christmas CHRISTMAS and not “the holiday season”) the cast members at the Haunted Mansion no longer tell us to “drag your dead bodies to the center of the room” or say any of the other spooky cool things they used to say.  Disney gave in to the bunch of whiners that thought it was too scary, and despite their new “script” and acting classes for the cast members (who used to ad-lib), the cast members might look spooky but they are now boring.

Just remember…there are 999 happy haunts in residence, but there is always room for one more!

Have a Haunted Day!
Lucy
Travel Time Travel
Posted by Unknown at 11:43 AM