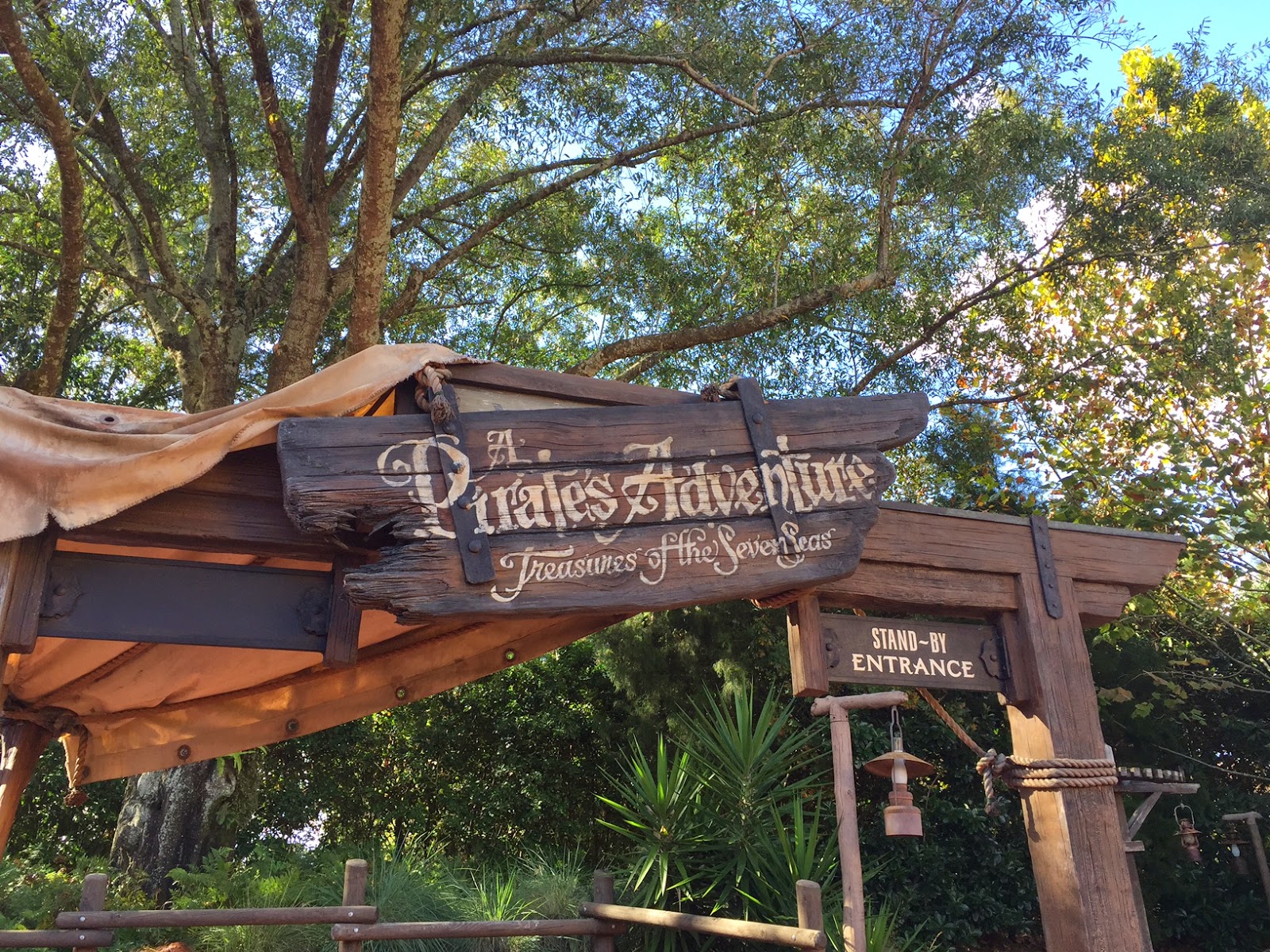 A Pirates Adventure – Treasure of the Seven Seas opened in 2013, and I know my family has walked by this building several times without stopping, and a few times giving a sideways glance to the little building off to the right.  It took us almost a year to finally venture into this pint-sized structure, but what we found inside will bring us back again and again now! 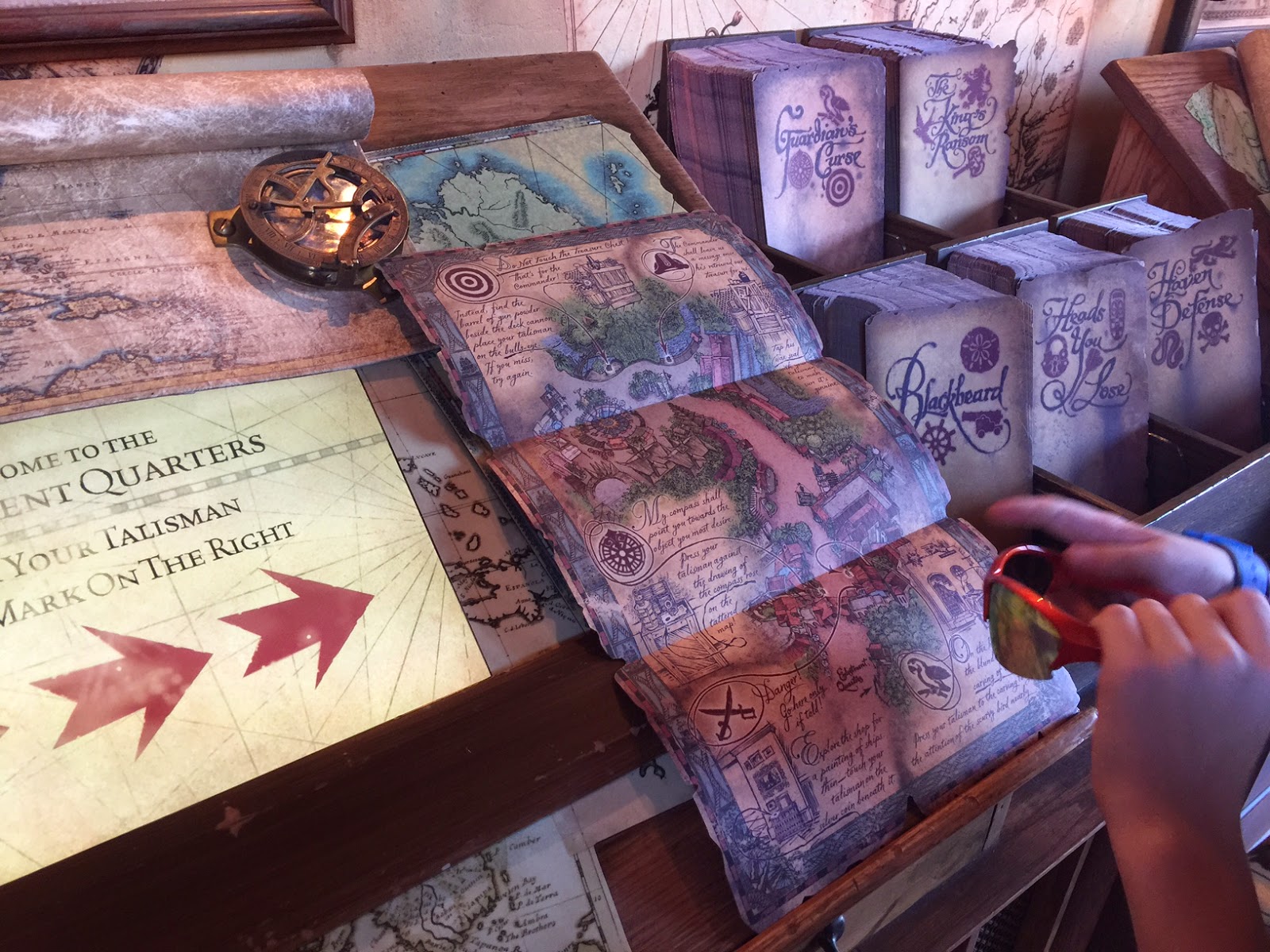 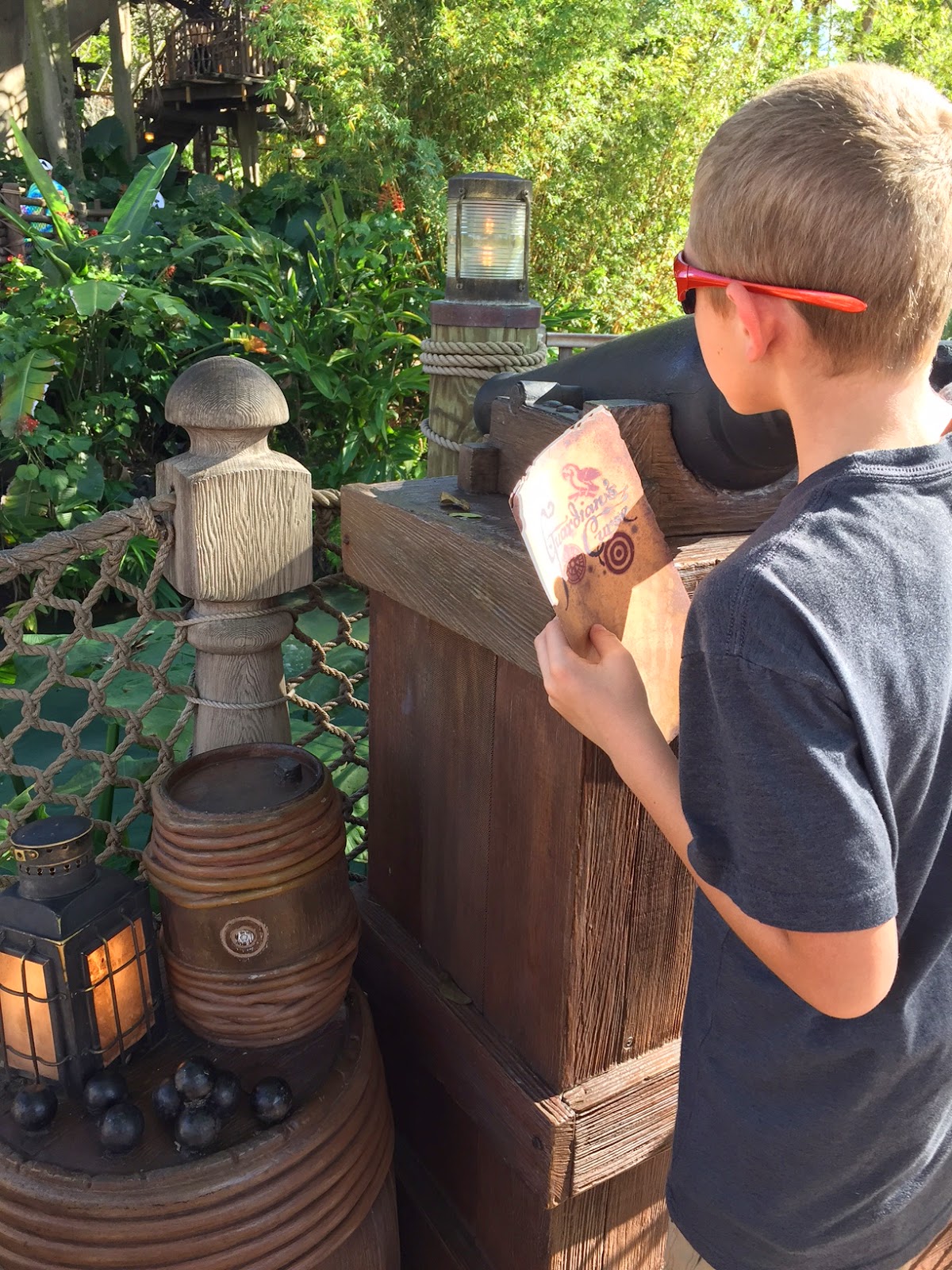 Pirates Adventure - Treasure of the Seven Seas is an interactive experience where you can join Captain Jack for a series of missions at Magic Kingdom park. When you step into the small building it feels like you’re back in the time of pirates. We were directed to a screen where we choose how many people would like to join in the treasure hunting and told which map to grab over to the right. There are 5 different maps available, which means you can come back and do it over and over and not have the same scenario. Your ‘talisman’ is actually your magic band or RFI ticket card.  From there you start on your mission following the clues on the map and zig zagging around Adventureland. Most people we passed had no idea what we were up to, and we actually had to ask a woman to stand up, as she was sitting on our clue! Lol 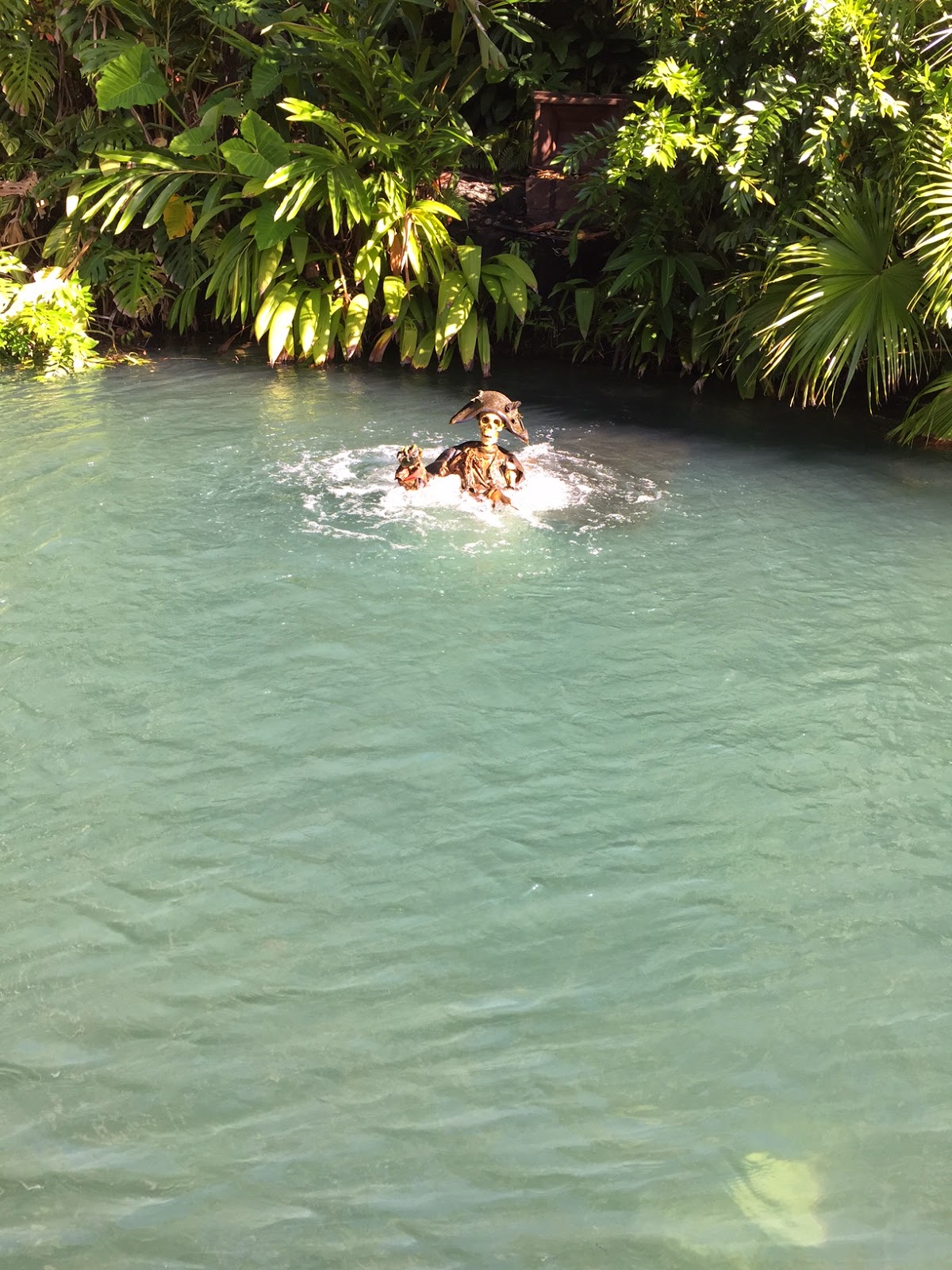 But over all we had a lot of fun with this experience, and we will be doing it again! Each mission only took 15 minutes or so, depending how lost we got following the map, lol…note to self; practice navigating. I highly recommend this adventure, my young pirate loved it…and momma had fun too!